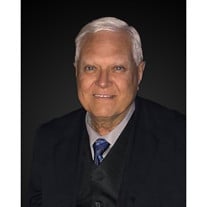 MISSION - Ruperto Villalon, Sr., 66, of Mission, TX went to be with the Lord on Tuesday, August 27, 2019. He was an amazing son, husband, father, grandfather, brother, cousin, neighbor, teacher, counselor, and friend to all. A Cuevitas, TX native, Ruperto was born on October 16, 1952 to Maria Luisa Salinas Villalon and Nieves Villalon Sr. He was educated in the La Joya ISD, and during his childhood, spent his summers as a migrant farmworker alongside his family. His work ethic developed early on while working in the fields of Robstown, Waxahachie and Ennis, TX, but even through the setbacks he encountered, he was determined to break the chains of poverty and allowed education and hard work to strengthen him. After graduating from La Joya High School in 1972, Ruperto, went on to study at Pan American University in Edinburg, TX where he earned a Bachelor?s degree in just two years despite the long commute and carpools he had to make to make his Higher Education dreams come true . In 1976, he married the love of his life, Ofelia Pe?a, at the La Joya Mennonite Church. The two young lovebirds spent their first year residing in Mission, TX and then moved to Sullivan City, TX near his sisters, brother and parents. He taught at the elementary and junior high levels and eventually earned two Master?s degrees in Education - School Administration and School Counseling. Over the summer breaks, he typically worked summer school, and taught adult GED or ESL classes. He had the opportunity to return to his alma mater and served many years as a high school counselor. He particularly liked to work with At Risk, Migrant and ELL students because in his childhood, he too had been a student with every one of those labels. His pride and joy was seeing the betterment of people and he worked to see that those around him were doing well physically, emotionally, socially and spiritually. The door to his heart and the door to his home were literally open to anyone who needed a helping hand. He was a member of Faith Fellowship Bible Church in Pe?itas. Ruperto was a lifelong learner and he earned many certifications through independent, correspondent and Internet studies. He was a certified Pharmacy Technician, Chaplain, Correctional Officer and completed several theological studies. He had a deep appreciation for literacy and found pride in writing letters, learned Calligraphy and enjoyed reading for self-fulfillment. Those who knew him best knew him to be the epitome of a servant leader who saw no task or job beneath him. He made no excuses for hard work and found fulfillment in taking care of his family?s needs. He enjoyed working outdoors in landscaping and would frequently trim his mesquite trees, cut the yard and water his plants. In his final days, the simple pleasures of life like taking a stroll in his neighborhood, sharing a Whataburger with his grandkids or taking a ride down Expressway 83, was enough to make his heart content. He loved his family dearly and demonstrated that daily through acts of service. To those he crossed paths with, and to every person he motivated and encouraged, Ruperto was the model of joy and love. Whether you knew him for 5 minutes, several years or a lifetime, he called you friend and you had a special place in his heart. Even into his final days, his sense of humor was evident and his memories were vivid. His family, our Pastors and those close to him encouraged him with loving words and hymns as he transitioned to his heavenly home. He is survived by his wife of 43 years, Ofelia P. Villalon; his daughters, Iris (Juan) Gonzalez, Viviana Villalon; his son, Rupert Villalon Jr.; three grandchildren, Krystal, Ivan and John Gonzalez; four siblings, Rebecca (Santos) Gutierrez, Rene (Hesmeralda) Villalon, Reynaldo (Olga) Villalon and Rafaela Villalon plus numerous nieces and nephews. The family would like to extend their appreciation to the Trauma Doctors and nurses at McAllen Medical Center who worked diligently around the clock to meet the needs of Ruperto. Visitation will be on Friday, August 30, 2019 from 1:00-9:00 p.m. with a 7:00 p.m. memorial service at Ric Brown Family Funeral Home in Mission. Funeral service will be on Saturday, August 31, 2019 at 10:00 a.m. at Faith Fellowship Bible Church in Pe?itas. Burial will follow at Lord & I Cemetery in Palmview. In lieu of flowers, a scholarship fund has been created in his memory. Please make donations to the Ruperto Villalon Memorial Scholarship Fund. Donations can be made at Ric Brown Family Funeral Home.

MISSION - Ruperto Villalon, Sr., 66, of Mission, TX went to be with the Lord on Tuesday, August 27, 2019. He was an amazing son, husband, father, grandfather, brother, cousin, neighbor, teacher, counselor, and friend to all. A Cuevitas, TX... View Obituary & Service Information

The family of Ruperto Villalon created this Life Tributes page to make it easy to share your memories.