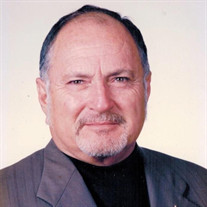 Mission – Eloy Olivarez, 81, passed to the celestial home of our Lord on Thursday, June 9, 2022 at the V.A. Medical Center in San Antonio, Texas. He was born on September 27, 1941 in Mission, Texas to parents Vincente Olivarez and Agueda Saenz Olivarez. Eloy is survived by the love of his life, Raquel Espinoza Olivarez; his sons Eddie Olivarez and Rick Olivarez; his daughter Dora Broadwater; his loving sister Elva Olivarez Salinas; adored grandchildren and great-grandchildren; cherished nieces and nephews; and many extended family members and friends. Eloy served in the US Navy on the USS Independence and continued onto the naval reserves. He was a local electrical contractor, business owner, and real estate developer in the Mission and Texas Hill Country Area. He was a twice Worshipful Master of the Mission, Texas Masonic Lodge 1061 and an active member of the Scottish Rite Order as a 32⁰ Mason in San Antonio, Texas. Later in life, Eloy enjoyed spending time wood working, making stained glass, cultivating his plants, and watching movies with his family. His greatest blessing was to spend almost 62 years of marriage to his childhood sweetheart, Raquel. They spent a beautiful life together by traveling the world, creating lifelong friendships, and enjoying their cherished family. Eloy was an upstanding member of his community, a veteran, and most importantly a family man. He will be deeply mourned by his family and friends but will always be in their hearts. We love you Papo. Funeral arrangements will be under the direction of Rick Brown Funeral home. Visitations will be held at El Mesias Methodist Church in Mission, Texas on Thursday June 16, 2022 at 6pm. Funeral services will be held on Friday June 17, 2022 at the Rio Grande Valley State Veterans Cemetery at __ am.

Mission &#8211; Eloy Olivarez, 81, passed to the celestial home of our Lord on Thursday, June 9, 2022 at the V.A. Medical Center in San Antonio, Texas. He was born on September 27, 1941 in Mission, Texas to parents Vincente Olivarez and Agueda... View Obituary & Service Information

The family of Eloy Olivarez created this Life Tributes page to make it easy to share your memories.

Mission – Eloy Olivarez, 81, passed to the celestial home of...