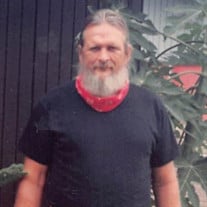 Douglas S. Bryan, 81, of Mission, Texas passed away peacefully July 14th, 2021 at his home surrounded by his family. He is proceeded in death by his wife, Phyllis Bryan; his parents; a brother, Larry Bryan; and a son, Timothy Lee Bryan. Doug was born in Aims, Iowa in 1939 to Rev. Harold and Hazel Bryan. After serving in the US Navy, as a dental technician, and graduating from the International Bible School (IBS) in San Antonio, he married Betty Epperson in 1961. They started a family (had 3 sons) and moved to the RGV. Shortly after moving to the Valley, he started his painting business and would spend the next 55 years declaring his independence from tradition, convention, red tape, and anything else he did not have time for; taking great pride in being known as a free spirit. Doug retired from the painting business in 2005. Doug embraced the peace of nature, he enjoyed camping where the blue sky and sparkling stars were his roof and illumination. Among his interest: An avid arrowhead hunter, a love for dogs, the Dallas Cowboys, cold beers, antiques, purple glass, old country music, and BBQs. He is survived by his sons, Kirk D. Bryan (Stella), John C. Bryan (Sarah), the mother of his sons (Betty Bryan), 1 brother (John Bryan), 7 grandchildren (JC, Tim, Cody, Amber, Kristina, Elizabeth, and Luke), great grand-children and nephews and nieces. Doug was a very special and unique individual. He marched to the beat of his own drum, everything with Doug was an adventure. His distinctive manner, easy-going personality will be missed greatly by his family and friends. Driving into the sunset, listening to old country music, wearing his red bandana with his long hair blowing in the wind is how we will remember Doug. A viewing will be held on Tuesday July, 20th at Ric Brown Family Funeral Home in McAllen, Texas from 3pm-9pm. Burial will take place on Wednesday July, 21st at the Rio Grande Valley Veterans Cemetery at 2:00pm. Services are under the care of Ric Brown Family Funeral Home.

Douglas S. Bryan, 81, of Mission, Texas passed away peacefully July 14th, 2021 at his home surrounded by his family. He is proceeded in death by his wife, Phyllis Bryan; his parents; a brother, Larry Bryan; and a son, Timothy Lee Bryan. Doug... View Obituary & Service Information

The family of Douglas Smith Bryan created this Life Tributes page to make it easy to share your memories.